Journalists in Uganda often face rough treatment at the hands of security forces, which soared during the 2021 election, marred by the worst bloodshed in years.

The rights situation in Uganda has also been highlighted by the case of an award-winning author and outspoken government critic, Kakwenza Rukirabashaija, who was charged with insulting President Yoweri Museveni. Last February, the novelist fled to Germany to seek medical treatment out of fear for his life after being tortured, according to his lawyer. Kakwenza Rukirabashaija was arrested shortly after Christmas and charged with "offensive communication" in a case that raised international concern.

The charges against him relate to unflattering comments on Twitter about Museveni, who has ruled Uganda since 1986, and his powerful son Muhoozi Kainerugaba. The author was awarded the 2021 PEN Pinter Prize for an International Writer of Courage, which is presented annually to a writer who has been persecuted for speaking out about their beliefs. Rukirabashaija has been repeatedly arrested since the publication of "The Greedy Barbarian", which describes high-level corruption in a fictional country.

Ugandan activist Norman Tumuhimbise was then arrested on March 10 alongside Farida Bikobere, who works with him at online media platform Digitalk TV, on charges of cyber-stalking the country's president.

Both were released on bail on March 21. The duo were among nine journalists arrested for offensive communication under the Computer Misuse Act which can carry a one-year prison sentence and/or a fine.

Seven were released without being charged. Tumuhimbise, who heads local pressure group The Alternative Movement, was due to launch a book critical of President Yoweri Museveni on March 30. 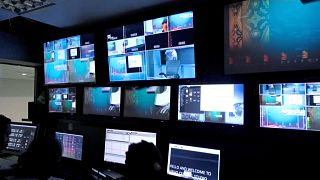 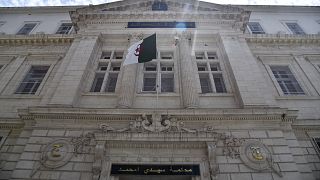