After many deaths, the health response to the cholera outbreak in Cameroon is bearing fruit.

The Cholera Unit at the Buea Hospital has seen an influx of cases in recent weeks. According to the director the situation is stabilising.

"The situation here has indeed stabilised, we have had many cases, we have had a cumulative 350 cases of patients who have been treated following this disease, and among them we have had 6 deaths from cholera. At the moment we have 9 patients hospitalized because we released some of them this morning" said Dr Martin Mokake, Director of Buea Regional Hospital.

"While the cholera pandemic situation seems to be improving here in Buea in the South West regional capital, towns like Limbe and Tiko remain in the spotlight with nearly 100 new infections as announced by the Cameroonian Minister of Public Health in a tweet between March 25 and April 5".

If Buea is beginning to have some respite, this is not the case in Tiko where the majority of beds are still occupied.

Despite the downward trend, patients are still flocking in; moreover, the maternity unit has been transformed to accommodate serious cases.

As for the disease, it persists because of the population's denial of its existence.

"At the beginning many people believed in the idea that cholera does not exist, but when the epidemic really started to grow not only in Tiko, when they learnt that there are deaths in Buea, Limbe, they started to believe in the existence of cholera. Some of them were even forced to come here to the treatment centre, seeing their relatives in bad shape, vomiting, they were convinced that it exists".

Another cause behind the outbreak is the glaring lack of toilets and drinking water for the population.

"Generally it is due to the poor quality of access to water and the deplorable sanitary conditions. The state of the toilets is really not good in Likomba and in the whole town of Tiko, some people don't even have toilets, and they relieve themselves directly in streams, and the inhabitants depend on these streams to drink, and it's so bad", concluded Dr Meguete Eposi.

On the ground, health workers are working with the population on awareness-raising, education and vaccination.

Cumulative cases since the beginning of the epidemic show 4627 patients and 105 deaths. 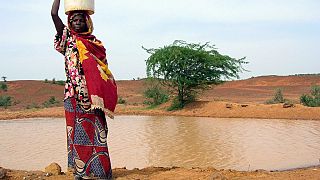