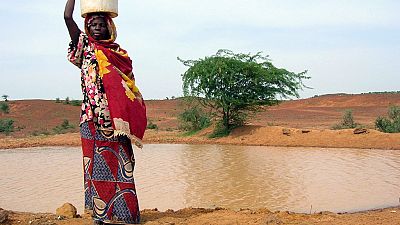 A cholera epidemic has killed 104 people in Niger among 2,874 patients reported in six regions of the country, including the capital Niamey, the Ministry of Health announced Friday.

On August 19, the ministry had reported 845 cases and 35 deaths in Niamey and four regions, Maradi (south-east), Zinder (south-central), Dosso (south-west) and Tahoua (south-west), all of which border Nigeria, which is also affected by the disease.

The region of Tillabéri (west), in the "three borders" zone between Niger, Burkina and Mali, the scene of regular jihadist attacks, is also affected, according to the ministry.

As of September 1, the death toll had risen to 104 out of 2,874 patients and "a case-fatality rate of 4%," according to figures released Friday by the Ministry of Health's Epidemic Surveillance and Response Directorate.

The age group between 15 and 37 years is the most affected by the epidemic, says the ministry, which announced "the extinction" of ten "outbreaks" out of the 28 "active" throughout the country.

With the support of Médecins sans Frontières (MSF), the UN and the European Union, Niger is trying to curb the epidemic by multiplying awareness campaigns, distributing products to treat water and disinfecting public places, public transport and wells in infected villages.

Stocks of medicines and rapid screening tests have been sent to the affected regions where the sick are being treated free of charge in isolation sites, the Nigerien government says.

The health authorities call on the population "to urgently present themselves in a health center" as soon as "signs" of cholera appear, including "diarrhea and vomiting".

Due to floods linked to heavy rains that have hit Niger since June, experts fear an outbreak of this highly contagious diarrheal disease caused by ingestion of contaminated food or water.

In 2018, a previous cholera outbreak resulted in 78 deaths out of 3,824 cases reported in Niger, mainly in areas close to Nigeria, according to the WHO. 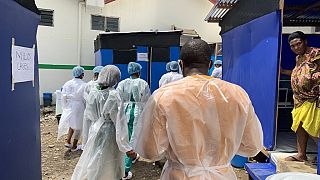