**A fire in Hargeisa's main market destroyed hundreds of businesses, the cause of the blaze is still unknown.
**

A giant fire broke out in the main market of the city of Hargeisa, the capital of Somaliland. The blaze which started on Friday night, injured about two dozen people and destroyed hundreds of businesses, according to the authorities.

Hargeisa's mayor said firefightyers had done their best to contain the fire but struggled to gain access to the market because of the narrow pathways. According to some officials, the fire was largely brought under control by dawn on Saturday, although some small areas were still burning.

An estimated two thousand shops and stalls are located on the Waheen market. Hargeisa chamber of commerce chairman Jamal Aideed said the destruction of the market was a disaster as it accounted for 40 to 50 percent of the city's economy.

"The fire engulfed our businesses unexpectedly. We were not ready. We saw the fire as we were busy in working, then we fled to survive, we lost about $200,000 USD in this fire tragedy.", reported Khadar Ahmed Mohamed, businessman.

Somaliland president Muse Bihi Abdi said the government would be releasing one million dollars to help with the emergency response to the disaster. The cause of the blaze is still unknown.

Somaliland is an unrecognised republic in Somalia which self-declared its independance it 1991. 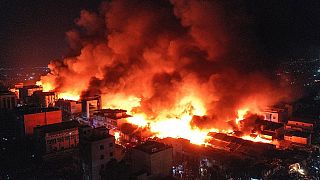 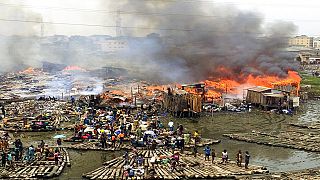