16-year-old Rahmina Paulette from Kenya is a climate activist. With fellow young activists, she takes to put to the forefront the issues of environmental pollution** in Lake Victoria.**

Paulette attended the COP26 United Nations climate talks in Glasgow, Scotland last November. Now her attention is turning to COP27 which will be held in Egypt later this year.

"Today we are doing the global climate strike of where here in Kenya Kisumu we will be up-lifting one campaign which is 'Let Lake Victoria Breathe Again' and we will be having also another campaign called 'Food at COP' which is aiming at promoting indigenous vegetable to be served at COP 27. We are having the narrative which is people, not profit, which is basically taking care of the human health at the same time providing environmental solutions and not looking towards economic benefits," she says.

Tom Ogallo, another local climate change activist says they are protesting to highlight the issues of environmental pollution and climate change.

Paulette's campaign called "Let Lake Victoria Breathe Again" focuses on the negative impacts of pollution and rising temperatures on the environment around the lake.

Paulette has been at the forefront of fighting against the pollution of Lake Victoria and founded a project that uses invasive water hyacinth to make a wide range of products like tables, chairs, baskets and table mats.

Water hyacinth has engulfed Lake Victoria and negatively impacted its ecosystem by preventing aquatic life from getting adequate sunlight.

Transforming the invasive plant into something useful means that valuable land is preserved she say : "So, by this, we are also conserving the lands and not involving in ecological footprints and that is why we are coming up with more innovations that could lead towards alternative solutions towards the ecosystem."

Paulette helps with local plastic recycling by organizing regular cleaning activities on the shores of Lake Victoria. Plastics are collected and taken to recycling plants thus ensuring a cleaner environment and creating employment opportunities for local people who transform the waste into useful items.

"Research says by 2050, we will be having more plastics than fish in our water bodies. So, really to stop this from happening and also things to do with climate change we had to start plastic recycling and you know we also needed to create a source of livelihood for the youths within this locality," she explains.

A recent report by the Intergovernmental Panel on Climate Change concluded that nearly half the world's population already faces significant risk from global warming. Its findings have prompted strong reaction from officials, scientists and climate activists, and calls for governments to step up ahead of this year's U.N. climate conference, known as COP27.

Paulette hopes that the Egypt meeting will create mechanisms that ensure more action towards tackling climate change. In the 2021 summit, almost 200 nations accepted a compromise deal, which outside experts said showed progress, but not success.

That deal didn't achieve any of the three UN goals: Pledges that would cut world carbon dioxide emissions by about half, 100 billion US dollars in yearly climate aid from rich countries to poor ones, with half that money going to help the developing world adapt to the harms of a warming world.

The Glasgow Climate Pact included enough financial incentives to almost satisfy poorer nations and solved a long-standing problem to pave the way for carbon trading. "For COP 26 I didn't see much success apart from that Kenya, Gabon, and South Africa were able to negotiate on the climate finance." says Paulette.

Yassmin Fouad Abdelaziz, Egypt's environment minister, said at the end of the Glasgow summit that COP27, to be held in the Red Sea resort of Sharm el-Sheikh, would focus on aid and compensation for poor countries. The Glasgow agreement also says big carbon polluting nations have to come back and submit stronger emission cutting pledges by the end of 2022.

Negotiators said the deal preserved, albeit barely, the overarching goal of limiting Earth's warming by the end of the century to 1.5 degrees. The planet has already warmed 1.1 degrees Celsius (2 degrees Fahrenheit) compared to pre industrial times. 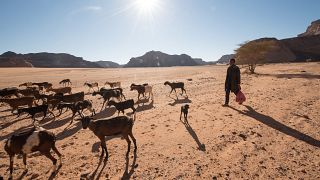 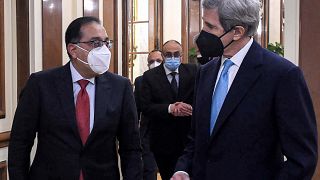