In Goma, in the eastern part of the Democratic Republic of Congo, NGOs look for new ways to reach sexual violence survivors and serve them as cases increase.

Women still face sexual violence in Goma, eastern DRC. Single or married the testimonies of these victims have increased since the beginning of the year.

Nyota Mweshi is 16. She lives with her parents and her daughter. She was in sixth grade when her teacher used tutoring as an excuse to isolate her and raped her: "He asked me to go to his house at 1pm to take notes, I went back home to change my uniform, once at his house, he took me by force and locked me in his house. At 7pm, his friend came, they asked me to go home. A few days later, my mother took me to the hospital and they found that I was pregnant."

After her ordeal, Nyota was accompanied by the NGO Renaître Grands Lacs. The organization provides psychological first aid and post-rape mental care.

The teenage mom now tries to overcome the trauma and build a better future for her daughter Francine and herself: "I would like my child to study, to continue where I was stopped."

During the 14 years Eugenie Bazimenyera worked in the NGO she founded, the activist has regularly called out the Congolese authorities denouncing the apparent impunity of sexual assault perpetrators.

"It seems to us the government isn't helpful since the perpetrators of these crimes do not consider the women they have abused. We are often faced with cases of sexual violence here in Goma, an important part of our project was try to identify the victims. So far we have identified 270 women, victims of sexual violence."

The Heal Africa hospital specializes in post-sexual violence care. The health care workers are trained to manage these type of cases they encounter daily. Dr. Justin Paluku made a long list of conditions women who have been raped may face. Fistula is one of them.

"We have treated 243 patients suffering from fistula in Goma and outside of Goma for the past year," the doctor says.

Several human rights groups reported increasing cases of sexual violence targeting women in the city. Victims are often discharged without assistance and die as a result of medical complications. 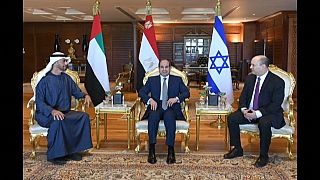 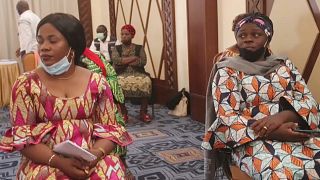 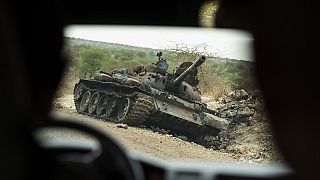