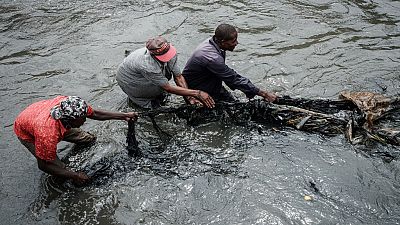 Nicholas Okero Okite, the local diver who has been retrieving unknown dead bodies from River Yala, has gone into hiding, after alleged threats to end his life.

The young man claimed to have helped in recovering about 26 bodies from the river last year.

According to human rights group, Haki Africa the man has since received threats from the police and even had his phone confiscated by the police.

Yesterday, HAKI Africa learnt that Okero Okite was summoned by the police in Yala in the pretext of being offered a job by the state for his good work. However, on reaching the station, he was detained and threatened. His phone was also confiscated... pic.twitter.com/5EBlCRbhRS

Nicholas told journalists in a phone interview that he is unable to sleep at home at night following a tip-off by a police officer in Yala warning him to be careful with his life.

"I was called by a Directorate of Criminal Investigations officer in Yala that the homicide boss wanted to meet me. The boss was to pay me Sh5,000 for the latest body that I retrieved last Friday. They have been paying that amount for some time," he said.

"Upon arriving at the DCI office in Yala, I was detained from 8 am to around 4:30 pm and my phone confiscated. I was not even allowed to smoke a cigarette," he added.

Okero says the homicide officer became hostile and forced him to record a statement, explaining his job.

"He claimed that I was being suspected of hiding bodies in Ndanu falls. They insisted that I record a statement explaining my role in the dead bodies mystery. It is then that one police officer confided in me on threats to my life that I decided to go into hiding," Okero claimed in the interview.

The Siaya County Commander Michael Muchiri says there is no reason for concern saying the diver had been working well with his officers and the police "would not threaten someone who has been very helpful to us", he said

2 bodies have so far been identified following the recent news coverage.

Both men had been reported missing within the last three months - and had both last been seen alive more 200km (124 miles) away from River Yala, raising questions about how they got there.

Human rights groups are however suspicious about the involvement of the police in the deaths. 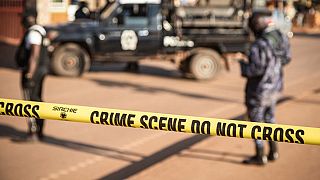 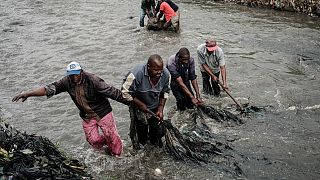 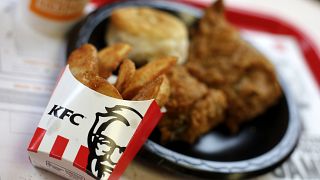