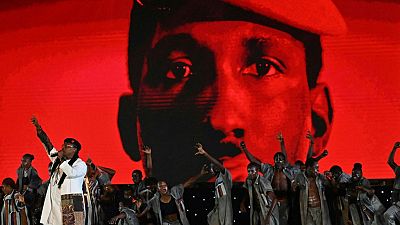 The trial of the alleged killers of former Burkina Faso president Thomas Sankara, killed in a 1987 coup, will resume on Wednesday after the junta re-established the constitution.

The trial was suspended earlier on Monday, having already been suspended for the first time by a coup a week ago.

The junta having restored the Constitution, the trial will resume on Wednesday, the court said in a statement.

The trial, which began in October 2021, had been interrupted on the day of the coup when it was due to enter the phase of closing arguments. Twelve of the 14 defendants, including General Gilbert Diendéré, 61, one of the main leaders of the army during the 1987 putsch, were present at this trial.

The main defendant, former President Blaise Compaoré (1987-2014), was brought to power by this putsch that cost the life of Thomas Sankara, in power since 1983, who was a progressive leader and a pan-African icon.

Blaise Compaoré was absent, his lawyers having denounced "a sham trial" before "a court of exception". Suspected of having ordered the assassination of Thomas Sankara and 12 of his companions, which he has always denied, he was ousted from power in 2014 by the street and has since lived in Côte d'Ivoire.

Another major absentee, Chief Warrant Officer Hyacinthe Kafando, former commander of Blaise Compaoré's guard, on the run since 2016, is suspected of having led the commando that murdered Thomas Sankara and his companions.

The overwhelming majority of defendants present pleaded not guilty, including to "complicity in murder", including General Diendéré, who is already serving a 20-year prison sentence for a 2015 coup attempt. 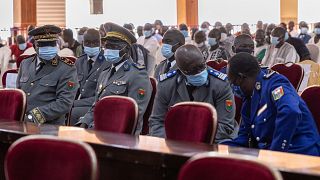 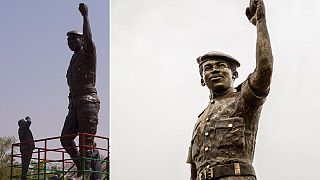