Civil society members react to the new junta in power in Burkina Faso.

The leaders of the main trade unions in Burkina Faso. met with Colonel Damiba, the new strongman of the country.

At the end of the meeting, the trade unionists say that the colonel assured them that President Rock Marc Kaboré was in good health and that there would be no problem with the unions as long as they were "in their regal role of defending the interests of workers"

"He assured us that there will be no problem with the unions "He assured us that they are there above all to put the country back in its regalian bases, notably the territorial integrity of our country and the security of the people. We have taken note and we promised to come back," said Marcel Zaté, President of the UAS, a Burkinabe trade union.

Clement Sawadogo, deputy head of Kabore's People's Movement for Progress (MPP) party, said "the junta has to do its utmost to prevent international sanctions for Burkina Faso."

He called for a "wise solution, to prevent an ongoing security crisis... from intertwining with a socio-economic crisis."

On Tuesday, ECOWAS issued a statement to say the bloc "firmly condemns" the coup, accusing the military of forcing Kabore to resign "under threat, intimidation and pressure".

Eddie Komboigo, leader of the opposition is eager to meet the junta.

"We have also read the letter from President Roch Marc Christian Kaboré who resigned and we have also taken note of it. Today we are ready to meet the first leaders of the MPSR to understand their vision and their approach and then we will advise."

Burkina Faso joins two other ECOWAS countries -- Mali and Guinea -- where there have been coups in the past 18 months.

Those two countries have been suspended by the 15-nation bloc, which has also imposed an array of sanctions on them, including measures against individuals.

In a separate development, the military prosecutors' office said the trial of the alleged assassins of revolutionary leader Thomas Sankara -- who was gunned down in the 1987 coup that brought Compaore to power -- would resume on Monday after being disrupted by the turbulence.

The trial, which began last October, is being closely followed in Burkina 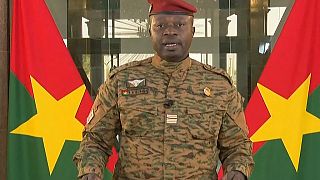 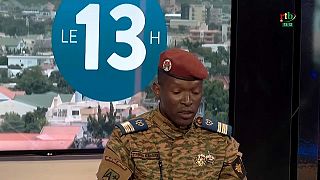