**Morocco and China have enhanced their cooperation as they signed on Wednesday the joint Belt and Road implementation plan.
**

Nasser Bourita the Moroccan minister of Foreign Affair and the Ning Jizhe Vice-Chairman of the Chinese National Commission for Reform and Development signed the joint belt and road implementation plan, on Wednesday.

When implemented, the deal should see the two nations create joint ventures in the energy industry. China also vows to encourage Chinese businesses to invest in Morocco while granting funds for large development projects in the African country. Morocco was the first Maghrebi country to adhere to the Belt and Road initiative

The convention signed by Morocco and China also plans to include Africa in order to form a tripartite cooperation in the sector of sustainable development. It is on the continent that the Chinese Foreign Minister, Wang Yi, started on Tuesday, January 4, his traditional first overseas trip of the year. 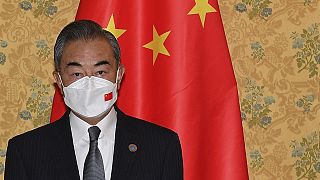