The show exhibits his 6 greatest accomplishments, including breaking England’s football score record with his +100 goals, scoring 43 goals in one season, winning the Champions League in 2019, his recognition as the Number One Player in Africa as well as the Number One Scorer in England in 2017 and 2018, and being the Top African Scorer in England. 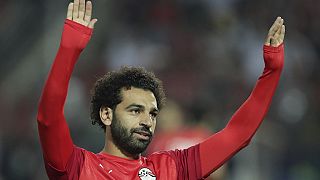