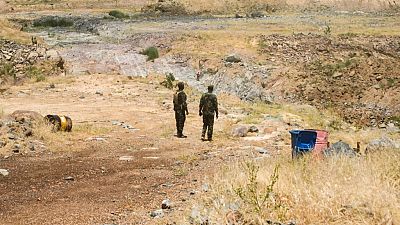 The violence took place earlier this week near Banibangou, about 155 miles (250 kilometers) north of the capital, Niamey, the ministry said in a statement Thursday.

The town's mayor was among those killed in the Tuesday attack with 15 members of the village defense group sustaining various degrees of injuries, the statement said.

The local self-defense groups have been helping Niger's military to fight extremists who have intensified attacks on civilians this year blamed on Islamic State-linked militants.

The resurgence of extremist violence began with a January attack on two villages that killed at least 100 people. The following month 237 more were killed in a series of attacks at the hands of armed gunmen riding motorcycles.

The mounting violence poses a strong threat to Niger's President Mohamed Bazoum, who was sworn into office in April only days after security forces thwarted an attempted military coup at the presidential palace.