The prospect of South Africa potentially hosting the Grand Prix F1 tournament in 2023 has evoked some excitement from young and old racers.

However, questions were raised on whether South Africa is ready to accommodate an event of this magnitude.

"I think South Africa is more than capable of hosting formula one because it wouldn't be the first time. If you go back in time Ayrton Senna got his first championship point in Kyalami so it is more than a world-class circuit. We are more than capable. Yes, it's been a while but the African continent not just South Africa is hungry and is willing to welcome the world back into Kyalami and see what we can. The circuit is great," Clauiee Grace Mpanza, Squadra Corse Team representative said.

F1 champion, Lewis Hamilton last year said that bringing the attention back to Africa is most important for Grand Prix.

"I really feel that by F1 coming here is really going to open doors for us, local race drivers, because F1 is going to bring in sponsors across the world and give us the extra chance we need to hopefully make it on the big leagues and hopefully, F1," Nathi Msimanga, Polo Cup racer said.

The last Formula 1 Grand Prix to be held in Africa was in 1993 in Kyalami, Johannesburg.

The return of this tournament in Africa will be a dream come true for young racers like Reaobaka It has been said by motor racing experts that an African Grand Prix is going to be a huge boost for bringing diversity into the sport and grow the economy. 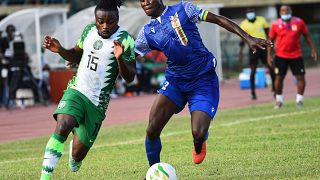