Nigeria's Super Eagles are reeling after a shock 1-0 defeat by lowly-ranked Central African Republic in the Qatar 2022 World Cup qualifiers.

Despite having stars such as Osimhen, Iheanacho and Moses Simon in their lineup, the Super Eagles showed a disappointing first half and struggled to maintain possession.

Substitute Karl Namnganda snatched a late 90th minute winner to give the Wild Beasts of Central African Republic, ranked 124th in the world by FIFA, a victory in Lagos on Thursday.

It's the first time Nigeria has lost at home in the qualifying stages in 40 years. The last time was on October 10, 1981, when they lost 2-0 to Algeria in Lagos.

Angry fans in Lagos booed the Super Eagles with some even throwing objects at the players at the end of the match.

Nigeria's Coach Gernot Rohr said the team were disappointed by the shock defeat and promised changes when both teams clash again on Sunday in Douala, Cameroon.

"The players are still disappointed and still can’t understand why we could lose this match,” said the 68-year-old German, who has been in charge of the team since 2016 and led the Super Eagles to the 2018 World Cup in Russia.

"We dominated possession of the ball, we had several opportunities to score, but we did not score and very often in football, there was a counter and our opponents scored.

"We have to recover, and we have to make some changes in the team."

Nigeria Football Federation president Amaju Pinnick said the loss was "a huge shock", but expressed confidence the Super Eagles will still qualify for the 2022 World Cup.

"The approach to this game was very poor. We only started chasing the game when we conceded a goal," he said.

Rohr was the main target of the fans' anger with some demanding he be sacked.

"We have an ordinary team with a coach who cannot take us any farther," said Sunday Okoro, a supporter who watched the game at the Teslim Balogun Stadium.

"Rohr has over-stayed his welcome.”

Despite this disappointing loss Nigeria remains on top of Group C with 6 points, 2nd is Cape Verde with 4 points, followed is the Central African Republic with 4 points, and lastly Liberia with 3 pts.

The overall winners of the group will advance to a final playoff to be played on a knockout basis in March 2022 for a spot at the finals in Qatar. 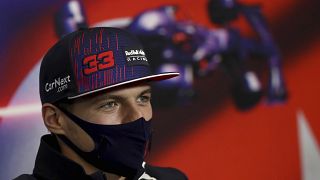 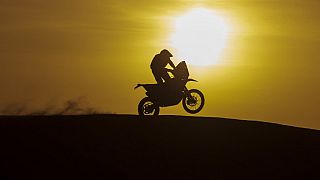 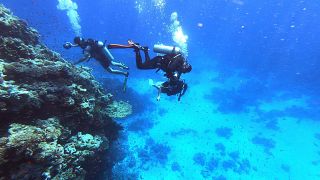