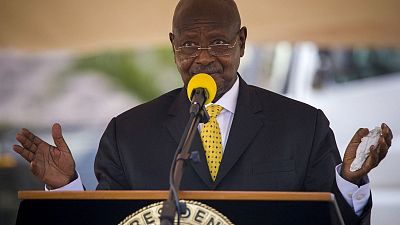 The Ugandan government on Friday ordered the suspension with "immediate effect" of 54 NGOs, including the main civil liberties organization Chapter Four, in a move seen as a move to tighten its grip on civil society.

The 54 associations, which operate in the political, societal, religious and environmental fields, are accused of "non-compliance" with the law, the NGO Bureau, which is part of the Ministry of Internal Affairs, said in a statement.

They were operating without being registered, with expired permits or repeatedly failed to submit their annual reports and accounts, it said.

Among these 54 NGOs, the association Chapter Four -whose name refers to Chapter 4 of the Ugandan Constitution which sets out fundamental rights and freedoms- and 14 other organizations have been "suspended indefinitely".

Contacted by AFP, the executive director of Chapter Four, Nicholas Opiyo, confirmed having received this notification, judging the situation "serious".

Charity Ahimbisibwe, who heads the Citizens' Coalition for Electoral Democracy (CCEDU), another organization targeted by the authorities, called the decision "extremely regrettable.

She said CCEDU's operating permit had expired, but that it had applied for an extension because it could not be renewed during the coronavirus containment and in the face of visible obstruction by government officials.

"As a law-abiding organization, we will not continue to operate without a permit," she assured.

The Africa section of the International Commission of Jurists said it was "deeply concerned" by the suspension of Chapter Four.

"We encourage the authorities to urgently resolve this situation to allow Chapter Four to resume its activities," it said on Twitter.

- NGOs active during the presidential election -

Some of the organizations affected by the decision were involved in an observation operation during the disputed presidential election in January.

That operation was raided by security forces and several leaders were arrested.

The election saw President Yoweri Museveni, who has been in power since 1986, re-elected for a sixth term after a violent campaign marked by the harassment and arrest of opposition figures, including main opposition leader and member of parliament Bobi Wine, attacks on the media and the deaths of dozens of people.

The opposition contested the election, which Bobi Wine called a "charade.

Ahimbisibwe said her organization, the SEAC, was repeatedly summoned by authorities after a report was published alleging fraud during the election.

A month before the election, Nicholas Opiyo, founder of Chapter Four and a lawyer for numerous human rights and gay rights activists as well as Bobi Wine, was arrested and charged with money laundering.

Several countries, including the United States and the EU, protested against his arrest and UN special rapporteurs on human rights denounced the "fictitious charges" and the prosecution "seemingly linked only to the electoral context" in Uganda.

The Ugandan civil society figure was released on bail a week later.

President Museveni on Saturday publicly reprimanded his security forces for being too violent before and after the election.

Last November, at least 56 people were shot dead while protesting against the arrest of Bobi Wine.

According to the opposition, hundreds of his supporters also disappeared or died during the violent post-election crackdown.