It's official- Lionel Messi no longer a player with FC Barcelona 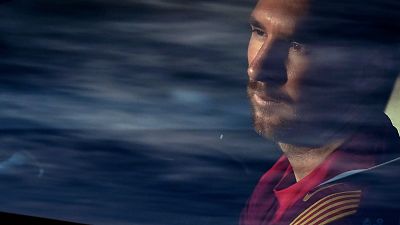 Argentine superstar Lionel Messi will not sign a contract extension with Barcelona, which he is leaving at 34 after more than 20 seasons in the Blaugrana shirt, the Catalan club announced Thursday.

"Although an agreement has been reached between Barcelona and Leo Messi (...) it will not be able to be formalized due to economic and structural obstacles (Spanish La Liga regulations)," Barca said in a statement, pointing to La Liga's salary cap rules that would prevent the Argentine's contract from being registered.

"Faced with this situation, Lionel Messi will not remain linked to Barcelona. Both parties deeply regret that the wishes of both the player and the club cannot be realized," the club continued. "Barca wants to thank the player wholeheartedly for his contribution to the institution and wishes him the best for his personal and professional life."

At the end of his contract last June, the six-time Ballon d'Or winner finds himself free to sign wherever he wants, a thunderous blow even as the Spanish press expected the agreement between the two parties to be concluded imminently.

Since the end of the disappointing 2020-2021 season, which ended with the only King's Cup trophy on the shelf, the Catalan club has done everything to keep its jewel and chase away the Argentine's desires for elsewhere, who had already expressed in the summer of 2020 his desires for elsewhere.

But the serious financial difficulties of Barça to stay within the limits of the financial fair play of the Spanish League, have been the reason for the operation, despite a monetary effort of the small Argentine striker, ready to divide his salary by two and to extend for five seasons according to the Spanish press.

The six-time Ballon d'Or winner, who just won the Copa America with Argentina, had become the player with the most appearances for Barça this season, ahead of the 767 appearances of the legend Xavi.

This shocking turn of events concerning one of the greatest players in history could upset the transfer market and the specialized press, before the Argentine star's destination is known.

Last summer, Messi's desire to leave the club caused a long drama, but the player finally decided to stay in Catalonia, despite the interest of Paris SG and Manchester City.