Football: Netherlands cruises past Zambia in 10-3 win at Tokyo Olympic

Zambia's "Copper Queens" crumbled in their first game at the Tokyo Olympics, with Netherlands cruising past in a stunning attacking display.

Despite Zambia creating the first chance of the game, the Oranje won by scoring not one, not two, but 10 goals in their 10-3 victory.

The highest score by a Women's team in Olympic history.

The Dutch were 3-0 up against Zambia inside 15 minutes, were 6-1 ahead at the break, and galloped away to a 10-1 lead with ten minutes left.

Lieke Martens added two goals for the fourth-ranked Netherlands, which advanced to the World Cup final two years ago in France but fell to the United States.

21 year-old Zambian striker Barbra Banda nevertheless managed to score a hat-trick of her own, giving the "Copper Queens" fans something to cheer for.

Zambia, the lowest ranked team in the field at No. 104, had only played once this year in a friendly against South Africa.

The team’s scheduled tune-up match with Britain ahead of Tokyo was called off because of COVID-19 restrictions. 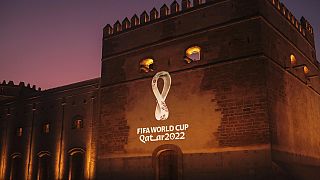