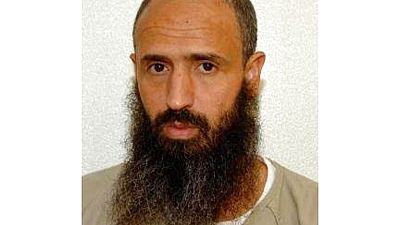 The United States sent back to his native country a Moroccan detainee at Guantanamo Bay on Monday, the first such transfer under Joe Biden, as Washington reaffirmed its goal of closing the controversial prison.

**Abdellatif Nacer, born in 1965 in Casablanca, had joined the forces of Al Qaeda in Afghanistan, where he fought the U.S. army in 2001. He was handed over to Moroccan authorities on Monday morning, according to the Pentagon. **

His transfer brings to 39 the number of detainees in the notorious military prison erected in 2002 at the U.S. military base in Guantanamo Bay, Cuba, to house prisoners of war alleged to be al-Qaeda accomplices.

Ten other prisoners who are no longer considered a threat to U.S. national security have already received their release orders and 17 others may join them. Their departure from Guantanamo depends on the willingness of their home country or a third country to accept them.

She did not say how many negotiations were underway with countries that could take transferable detainees and which countries were involved.

In a statement, the State Department praised Morocco's efforts to take in Abdellatif Nasser, and took the opportunity to call on other countries to repatriate their jihadist nationals from Syria, where they are imprisoned in camps run by the U.S.-allied Syrian Democratic Forces.

"Morocco's leadership role in repatriating Abdellatif Nacer, as well as its past goodwill in facilitating the return of jihadists who fought in northeast Syria, should encourage other countries to repatriate their citizens," noted U.S. diplomatic spokesman Ned Price.

A spokeswoman for the individual rights organization ACLU welcomed the departure of the Moroccan detainee. "It is a shame that Abdellatif Nasser has continued to languish at Guantanamo five years after being deemed transferable," said Hina Shamsi of the ACLU. "Ending two decades of unjust and abusive military detention of Muslims at Guantanamo is a humanitarian obligation and a national security necessity."

The release of Abdellatif Nacer, accused of supplying weapons to al-Qaeda but never charged, had been recommended by the Obama administration in 2016, "subject to security and humane treatment safeguards" according to the Pentagon, but he remained imprisoned during the presidency of his successor, Donald Trump.

Barack Obama had ordered the closure of Guantanamo in January 2009, when he came to power, with the idea of having the prisoners tried by civilian courts. But the decision, very unpopular, was blocked in Congress. Instead, he quietly released hundreds of detainees whose release had been approved by the Presidential Review Commission.

These releases were interrupted under Donald Trump. They have resumed under Joe Biden, with five detainees having had their releases approved since January. "Our goal is to close Guantanamo Bay," Biden's spokeswoman Jen Psaki reiterated Monday, without advancing a date for closing the military detention center.

The Guantanamo Bay prison was opened in 2002, on U.S. soil in Cuba, to hold members of al-Qaida and alleged accomplices of the perpetrators of the 9/11 attacks. The prison has become a thorn in the side of Washington, accused of illegal detention, human rights violations and torture. It has held up to 780 "prisoners of war," most of whom were incarcerated despite weak evidence of their involvement. Many were tortured at secret CIA sites before being transferred to Guantanamo.

Ten Guantanamo detainees, including Khalid Sheikh Mohammed, the alleged mastermind of the 9/11 attacks, are awaiting trial by a military commission, which has issued only two convictions in two decades.