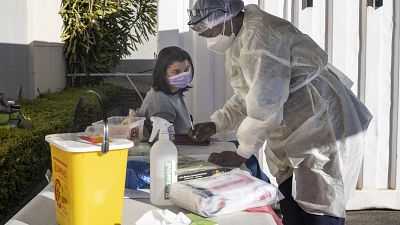 South Africa announced Friday it would start vaccinating people under 50 years old as the continent's hardest-hit country buckles under a vicious third wave of Covid-19 infections driven by the Delta variant.

"We are aiming to start vaccinating the 35 to 49 age group from August 1," acting Health Minister Mmamoloko Kubayi-Ngubane told a weekly media briefing.

With more than 2.1 million detected coronavirus cases, South Africa accounts for 37 percent of the continent's infections, followed far behind by Morocco and Tunisia with nine and eight percent respectively, according to the Africa Centres for Disease Control and Prevention.

And infections are rapidly rising, with a pandemic-high 26,485 recorded on Saturday alone. On Thursday it saw 22,910 new cases and 460 deaths, taking its total number of fatalities to 63,499.

"What's happening in South Africa is happening is many countries that still have low vaccination rates."

Around four million of South Africa's 59 million population have received at least a first dose at one of nearly 2,600 vaccination sites.

"We have reached 5.6 percent of the population, obviously way too little to reach heard immunity," said Nicholas Crisp, the health ministry's deputy director-general.

The government recently approved the use of Chinese vaccines Sinovac and Sinopharm, which joined the Pfizer-BioNTech and Johnson & Johnson jabs in the country's rollout.