Brazilian artist ACME dedicated a 360 square metre mural in the port region of Rio de Janeiro to commemorate the struggle of Black people in the United States and Brazil.

The mural "Visions of Resistance, Dreams of Liberty" portrays American and Brazilian leaders in the history of the Black civil rights movements in both countries.

The art was sponsored by the U.S. diplomatic mission to Brazil and the city municipality in the port of Rio, part of a cultural initiative between the two countries.

The mural, whose painting was announced on May 25, the day that marked one year since the death of George Floyd at the hands of US police, aims to remember the history of slavery and celebrate, through art, some of the key names behind the achievements in the battle for racial equality in Brazil and the US.

The municipal authorities allocated a section of the Port of Rio, now called the "Wonderful Port", to highlight artistic works like graffiti and the painting of various other artists.

The mural is located near the ruins of the old port, where tens of thousands of Africans were traded and enslaved.

The work of Carlos Esquivel's known as ACME can be seen on walls all over the city, many of them in the populous favelas, where he focuses on themes of revival and social justice. 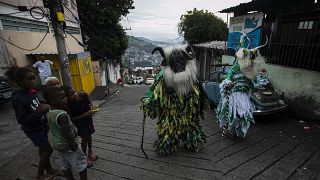 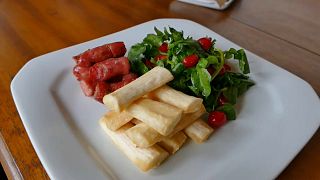 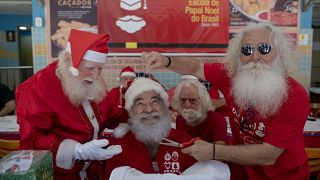