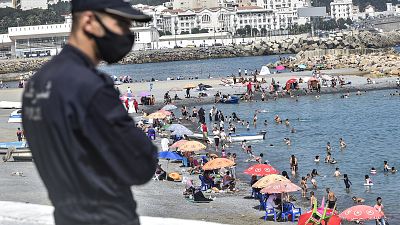 Nearly 150 people were hospitalised after swimming on Sunday in seawater suspected to have been polluted at Tenes in northwestern Algeria, a regional official said, quoted by local media.

Seddas said that around 50 people had since left hospital, and that polluted seawaters may have made them ill. Suspicions centred on a ship carrying livestock that had arrived recently at Tenes port, he added.

The website Ennahar Online named the ship as the Tanzanian-flagged Barhom II, and said it had arrived from the southern French port of Sete.