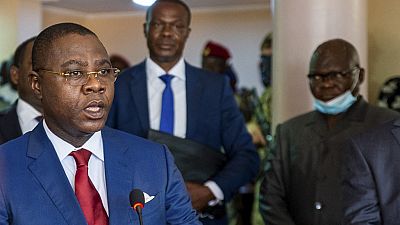 Central African Republic's new Prime Minister Henri-Marie Dondra said Tuesday he wanted to "revive the economy" with France as a "strategic partner", which recently froze its budgetary aid amid an anti-French campaign.

"There are reforms that we must pursue with our French partners," Henri-Marie Dondra, appointed on June 11, told reporters. "I am also thinking of the European Union (...) the international community and obviously our strategic partner France, and other partners will allow us to revive the economy," Dondra added.

The French Ministry of the Armed Forces announced in early June that it had suspended its military cooperation with Bangui, deemed "complicit" in a "massive disinformation campaign" against Paris, teleguided by Russia. As early as 2018, Russia had made a remarkable entry into this former French colony by delivering weapons to the Central African armed forces and installing a large contingent of "instructors" there.

In December 2020, Russia sent hundreds of paramilitaries to the aid of President Faustin Archange Touadéra's destitute army, which was threatened by a rebellion, enabling it to repel the rebel offensive, with the help of hundreds of Rwandan soldiers. Numerous witnesses and NGOs assure that these paramilitaries are fighters from the Russian private security group Wagner, which Moscow denies.

Some observers believe that the appointment of Henri-Marie Dondra, replacing Firmin Ngrebada, is a sign of appeasement of President Touadéra towards Paris. "Firmin Ngrebada was the Russians' man, the brain, the political actor of the connection," Roland Marchal, a researcher at the Center for International Research (Ceri) at Sciences Po Paris, told AFP. He "arrives with a more consensual image than Mr. Ngrebada, and Mr. Touadéra will be able to show this as a first step in restoring confidence," he said.

The new Prime Minister also expressed his willingness to "relaunch exchanges with the armed groups," as part of the peace agreement signed in February 2019 between the government and 14 of them. In December, the most powerful of these groups had united in the Coalition of Patriots for Change (CPC) to overthrow the regime of Faustin Archange Touadéra. 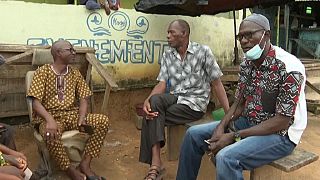