Congolese authorities have been helping people displaced by last month's volcanic eruption to return home to Goma but not everyone is keen to board the buses provided by the provincial government.

Francine Byenda says she has nothing to go back to. Her house, found in the Buhene neighborhood of Goma was swept away by the hot spewed by Mountain Nyiragongo in mid-May.

The mother of nine fled to the neighboring city of Sake where she found shelter in a school.

"They are going to take us like animals in vehicles without telling us where they are really taking us? How am I going to get home? I'm staying in sake".

Frustration has been mounting among the displaced, blaming officials for the failure to alert the public ahead of the disaster.

People are also angry at the slow pace of the government's emergency response.

Roughly 400,000 out of an estimated 600,000 residents left the North Kivu provincial capital following a brief but powerful one-day eruption of the stratovolcano -- which spans nearly 3,500 meters high and straddles the East African Rift tectonic divide. 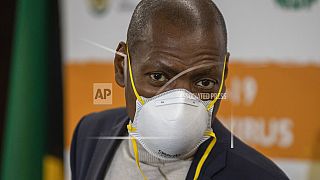