Moroccans took to the streets of Rabat on Monday in support of Palestinians.

As violence continued to escalate in East Jerusalem, demonstrators chanted slogans against the normalisation of relations between Israel and Morocco.

This weekend, however, many Arabic-speaking African countries denounced the clashes between Palestinians and Israeli police.

Egypt condemned the incursion into the Al-Aqsa Mosque while Sudan described the measures taken against Palestinians as repression.

Algeria for its part has condemned the measures taken by Israel as racist and extremist -- also calling for an urgent reaction from the United Nations Security Council to ensure the protection of the Palestinian people. 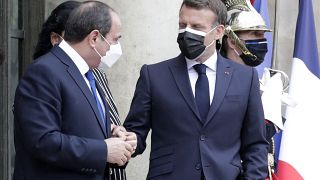