Students of Niger's Niamey University are up in arms and on Friday protested for better living and housing conditions.

Students are also demanding the payment of about 10 months of arrears of scholarships and say they are tired of the promises of the government of Mohamed Bazoum.

“Firstly on an academic level, the critical shortage of research professors. We have faculties today, like the Faculty of Law, which since its creation had not recruited research professors," Illiassou Idrissa, Deputy Secretary-General of the Union of Nigerian Students at the University of Niamey told Africanews.

"How can you understand that 19 permanent research professors can supervise around 6000 students. It’s not respectable. We cannot understand that at the University of Niamey it is said that we do not have infrastructure that can respond to the context.

"There are faculties which, since the construction of the University of Niamey, have not been able to see their infrastructure increase. At the University of Niamey currently, there is no reference library where you can go to research and have background documents that can effectively respond to the realities and demands of globalisation, said Idrissa.

He also pointed to the dangerous overcrowding on transport.

"Today, there are about 200 of us in the buses which are supposed to take 50 students at most and there will be an accident, a catastrophe, at that moment everyone when is going out to say that they are harmed, will they then will provide solutions.

"We cannot wait for this. Today we live in buildings where we live with up to seven students. They live in rooms which are only supposed to house one or two students."

As negotiations with the new authorities have not resulted in an agreement between the two parties, the University of Niamey Student Union threatens to harden the movement in the coming days. 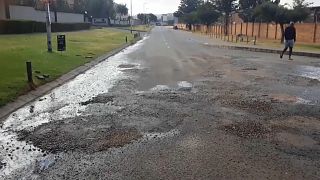 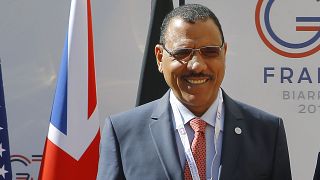