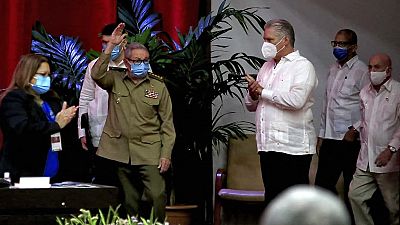 Cuba is preparing to turn the page on the wake of the revolution 60 years ago as the Castro dynasty will end next Monday as Raul steps down as head of the Party.

City murals still read that Fidel and Raul are eternal members of the Communist Party.

Not knowing who Fidel Castro was and no idea of communism, Rigoberto Celorio, 85, embraced the Cuban revolution from day one.

At the age of 22, he became a soldier and became Lieutenant Colonel. Between 1975 and 1990 he did two missions in Angola.

He says that what happened on Angolan territory in those years was "the most brilliant work" of the revolution.

"Almost all of my generation, mainly the officers of my time, all wanted to go to Angola because we believed that it was something that we were missing out on," said Celorio.

"When a Cuban fought with a group that included Angolans and Cubans, they did not fight to defend Fidel Castro only, nor did they fight to defend the revolution only, they fought to free those people."

Celorio hopes that the new direction of the communist party will be able to lift the country out of its current economic crisis without "falling into the lion's cage" - a metaphor that he uses for the enemy of the last 60 years - the United States.

The reins will pass from Raul Castro, 89, to Miguel Diaz-Canel, who has already served as Cuba's president since 2018, when Castro relinquished that part of his executive portfolio.

In addition to the presidency, 60-year-old Diaz-Canel will now also hold the country's most powerful position -- that of the first secretary of the PCC, a post previously only held by Castro and his brother, revolutionary leader Fidel, who died in 2016.

Before Raul Castro, Fidel ruled Cuba for nearly half a century from 1959 to 2006, when he fell ill. Fidel is still widely revered as the country's father and savior.

Diaz-Canel becomes Cuba's first civilian leader since the Castro-led revolution of the 1950s, which happened before he was even born.

But while the suit-and-tie-wearing, tech-savvy Beatles fan may be more modern in some ways than his predecessors -- both of whom were fond of donning military garb -- he remains first and foremost a party disciple, and observers do not expect radical policy changes.