Cameroon on Monday began vaccinating people against the coronavirus. The campaign kicked off thanks to a donation of 200,000 doses of the Sinopharm vaccine by China.

The jabs arrived in Yaounde, capital of the central African country on Sunday.

"The government encourages the population, especially priority targets (...) to be vaccinated when the time comes," wrote Health Minister Malachie Manaouda in a statement on April 9.

Cameroon, a country of about 26 million people, is officially one of the most affected countries in Africa by the epidemic, with 61,700 cases and 919 deaths.

Equatorial Guinea and Gabon, which border Cameroon, have received doses of Sinopharm and have already launched their vaccination campaign.

Cameroon is expected to receive vaccines through the COVAX global vaccines sharing scheme aimed at helping poor nations access vaccines. It was allocated around 1.75 million doses in the scheme and has ordered 1.29 million doses. 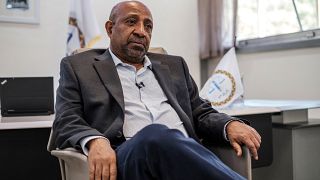