The recent clashes between the locals and police in the Angolan town of Canfufo that led to the death of sic people came under scrutiny on Tuesday and Wednesday.

Several political leaders and government officials from the mining town of Cafunfo in the Angolan province of Lunda Norte met to discuss the way forward over mining grievances by the locals.

The meeting intends to put an end to these clashes and find a lasting solution to their problems.

"Angola's wealth serves to satisfy the financial needs of the State and other public entities, ensure the realization of the State's economic and social policy and proceed to a fair distribution of income and national wealth. The current state of socio-economic development in the province of Lunda Norte cannot be dissociated from the national context," Ernesto Muangala, Governor of Lunda Norte told the leaders present at the meeting.

The region's local official said that diamond mining has been at the center stage of the destruction of their villages and has further led to the diversion of rivers without any respect for the environment and the consent from the locals.

"We want a change through dialogue, that we should dialogue towards diamond wealth, accessible to the entire population that I propose today. I challenge the authorities of the State, the diamond companies, the entire community of Lundas to design a new model of local development," Muathissegue Wa Tembo, King of Lundas said.

Rafael Marques, promoter of the Citizenship and Security Days NGO that took part in the protest at the mining town of Cafunfo, is of the opinion that a political-administrative definition would promote constructive dialogue between the population and the local government.

"Cafunfo has more than 175 thousand inhabitants and does not have a political-administrative definition. It is not a neighborhood, it is not restricted, it is not a commune, it is not a municipality. And as such, the main institution of the State in this location is the police station, which it has very few staff, and because of that, any situation that occurs here in Cafunfo is the primary responsibility of the national police and should not be like that," Rafael Marques, President of the Center for Studies on Good Governance (UFOLO) said.

About eight million carats of diamonds are extracted annually here in Canfufo, making Angola one of the largest diamond exporters in the world, figures that, according to traditional authorities and civil society, are not reflected in the improvement of living conditions of the local population. 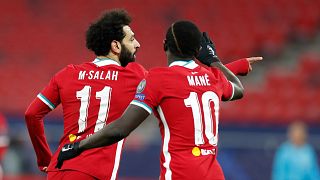