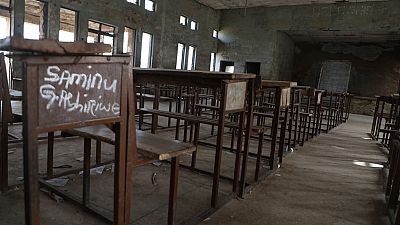 The general location for the 42 people including 27 students abducted in Central Nigeria on Wednesday February 17 has been identified, local media reports. Zamfara State Governor, Bello Matawalle believes that ‘’very soon they would be back home’’.

Speaking to Channels television on Sunday February 21, the Zamfara State Governor said ‘’ the students of Kagara are located around Birnin Gwari in Kaduna State’’.

It has been almost a week since gunmen attacked the Government Science College in Kagara in the Niger State and abducted the 42 people.

The kidnapped included 27 students, three teachers and other relatives of school staff, according to Niger State officials.

Following the incident, President Muhammadu Buhari ordered security forces to coordinate the rescue, while condemning what has become a recurrent incident in Africa’s most populous nation.

On Thursday, February 18, the Nigerian army and police with a surveillance helicopter conducted a massive operation in an effort to locate the abductees, according to a statement by the Inspector General of Police, Mohammed Abubakar Adamu.

In Kagara, devastated families made a passionate appeal for the federal government’s intervention to rescue the abductees. Despite their pain, parents expressed hope of their freedom.

Northwest and central Nigeria have increasingly become a hub for large criminal gangs who raid villages, killing and abducting residents after looting and torching homes.

Bandits operate out of camps in Rugu forest, which straddles Zamfara, Katsina, Kaduna and Niger states. Nigerian forces have deployed there but attacks and mass kidnappings persist.

But there are concerns they are being infiltrated by jihadists who are fighting out a decade-old conflict that has killed more than 30,000 people and spread into neighbouring Niger, Chad and Cameroon. 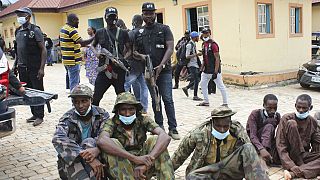