Former South African President Jacob Zuma snubbed the anti-graft commission again. This comes even after several summons and directives from the commission and the court compelling him to appear.

Zuma’s legal team defended his absence and further said this should not be considered as an act of defiance to the commission.

In a letter, they wrote, “We also place on record that the review application was not before the Constitutional Court and, accordingly, was not considered, determined and adjudicated by that court. We reiterate that the above should not be construed to suggest any defiance of a legal process.”

Another No-Show With Potential Legal Ramifications

This is not the first time Zuma has snubbed the anti-graft commission. Zuma skipped a January inquiry meeting and later accused the commission head the deputy Chief Justice Raymond Zondo of being bias.

Zondo on the other hand has hit out at Zuma over his absence.

“The law doesn’t say you can ignore a summons, just because [Zuma] thinks it is irregular. You cannot ignore a process issued by a lawful body. In his own words, he has said he would defy the Constitutional Court. Zuma is not only defying the Commission’s summons – but he is also defying the highest court of the land,” Zondo said.

“It also does not make sense why Zuma is scared of taking the witness stand if he says he has not been implicated in any wrongdoing,” he added.

Mired in scandals, former president Zuma who ruled the Southern African nation between 2009 and 2018, was forced to resign. He was replaced by Cyril Ramaphosa, who promised to eliminate corruption.

The Commission of Inquiry, which was initially scheduled to sit until March, has to request an extension because some hearings could not take place due to the pandemic.

Already, the commission has heard from dozens of ministers or former ministers, elected officials, businessmen, or high-ranking civil servants who have exposed the alleged corrupt practices under Zuma’s era. 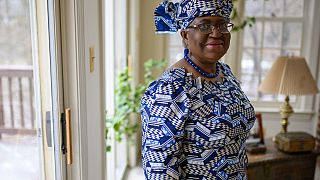