For more than six months Tanzania has said it has had no coronavirus cases and the government has tried to convince the world it has been cured of COVID-19 through prayer.

It comes despite infections appearing to be on the rise and deaths attributed to pneumonia.

But tourists are still visiting the archipelago of Zanzibar, where there are no coronavirus prevention measures- such as masks and social distancing- insight

"Honestly it feels nice to be without a mask, I am not fearful. So live your life and come visit," said American tourist Rachel.

But the Roman Catholic Church in Tanzania has warned its followers to protect themselves.

And there are mixed messages from the government which has asked people to avoid gatherings and go to the hospital if suffering from breathing problems.

But speaking anonymously a health ministry official denied it was due to coronavirus.

"You find there are contradictions, on the one hand, the government wants to play down the whole thing, but on the other hand the government, state television itself is broadcasting advertisements that are telling people to take care," said Ismail Jusa, member of ACT Wazalendo party opposition party.

The World Health Organization reported 509 cases and 21 deaths in Zanzibar between March and May 9. Since then no cases have been reported but residents say they are aware of cases.

"This thing is attacking and the government does not want to clearly come out and accept," said Kuluthum Hussein, 28, who was wearing a mask at a bus stop.

"There are four people I know who died of what we are told is severe pneumonia and all passed on during a similar period. I'm taking care of my life."

In January, Denmark's Statens Serum Institut (SSI) which works on infectious diseases, confirmed two cases of the new South African variant that is thought to be more contagious, in travellers returning from Tanzania.

One woman in Dar es Salaam told AFP her cousin had died after a business trip to South Africa.

"Two weeks after returning from South Africa, he felt unwell and later died after experiencing difficulties in breathing. A doctor told us that he had coronavirus."

While other African countries are shutting borders, implementing stricter COVID measures and vaccinating,

Zanzibar is rejecting the vaccine with president Magafuli calling it dangerous.

"It doesn’t know whether you’re in Tanzania." 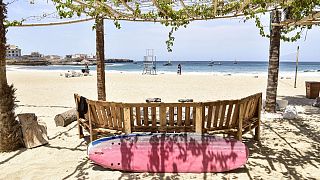 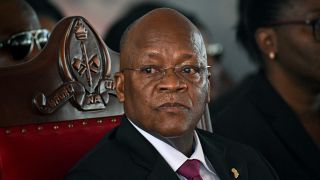 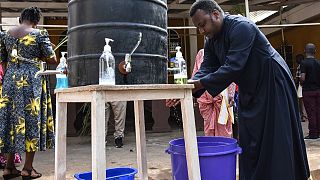