Born and raised in the slum areas of Gabon, 34 years old, Yannick has had a rough and hard time in building his boxing career.

His dreams of becoming a professional boxer never faded out but built up his careers despite the obvious obstacles he face while growing up.

He has appeared in a total of 53 fights accompanied by 27 KO wins and a 3 times winner of the International French vs Africa boxing gala.

“I decided to coach Yannick simply when I saw his potential, look and the way he boxed, his style, it really struck me. And so I thought to myself: this is the first time to discover a young Gabonese man who has a quite an impressive style,'' Boris Ekomie, Yannick's Coach said

The young and upcoming Gabonese boxers have had a rough time in excelling their talents given the ageing facilities and lack of frequent tournaments. Despite all these challenges, some upcoming boxers have never let go their passion.

''I decided to box thanks to my elders who are part of my inspiration. I often follow their fights, and during those occassions, I do really feel me impressed. They showed me that boxing was a game to them. And as a result, it made me practice this sport," Vicente Koumbi, apprentice boxer said.

To finance his training, Yannick has to do other manual jobss to support his family. After the London Games in 2012, Yannick decided to quit the national team due to lack of financial support.

After London 2012 Olympic Games, I was still evolving and progressing. On the other hand, to date, there have been quite a lot of setbacks that led me to throw in the towel. This came about after several discouragements,'' Yannick Mitoumba, professional boxer said.

For several months now, Yannick has been volunteering his time to coach young boxers in the courtyard of an uninhabited house. Despite lacking a ring area, their passion to practice boxing has always been alive and are willing to learn new techniques each and every day. 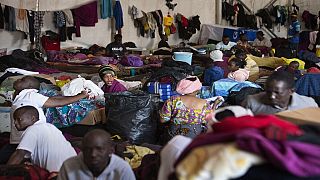 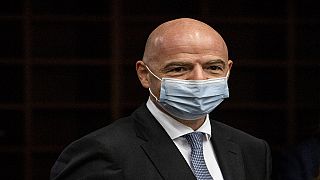 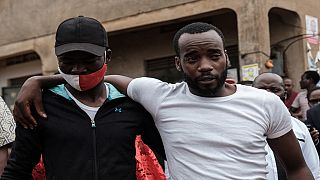