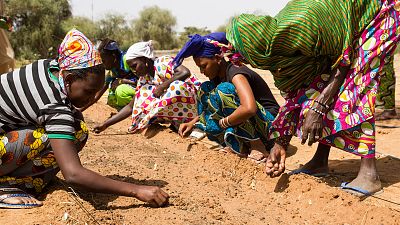 The African Development Bank will mobilize $6.5 Billion to support efforts by countries in the Sahel.

AfDB president Akinwumi Adesina made the pledge during the OnePlanet summit hosted by French President Emmanuel Macron on Monday.

The Great Green Wall initiative aims to plant an 8,000 km long and 15 km wide mosaic of trees, grasslands, vegetation and plants across the Sahara and Sahel to help restore the degraded lands and help the region's inhabitants produce adequate food, create jobs and promote peace in the region.

But funding constraints have curtailed its vast ambitions.

The Sahel lies at the southern edge of the Sahara desert. The semi-arid region of western and north-central Africa extends from Senegal to Djibouti.

The United Nations believes the Sahel could see temperature increases of up to 3 to 5 °C warmer by 2050.

Armed conflict, extreme poverty, food insecurity, climatic changes, and the COVID-19 pandemic converge in the Sahel. Across the wider region, over 2.7 million people have been forced to flee their homes, according to the UN refugee agency.

The Central Sahel countries of Burkina Faso, Mali, and Niger – caught up in a deadly militant insurgency - are the epicenter of the forced displacement crisis, the United Nations says.

Rising temperatures are changing rainfall patterns and increasing the frequency and intensity of floods, droughts, and sandstorms bringing devastation and displacement.

Climate change has dealt a blow to pastoralism, agriculture and trade - the most important sources of sustenance for communities in the Sahel.

The countries targeted by the initiative include Burkina Faso, Mali, Senegal, Niger, Nigeria, Chad, Sudan, Somalia, Ethiopia among others.

The population of the Sahel is expected to double by 2039, adding urgency to the project.

Other than restoring degraded lands, the project also plans to create 10 million jobs and to provide electricity to hundreds of millions in 11 countries. 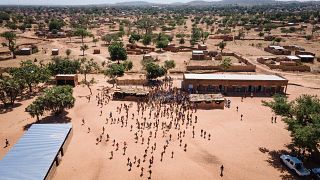 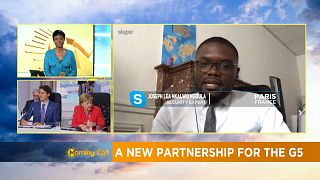