The Uganda Cranes, the first team of the 16 teams participating in CHAN 2020 to set foot on Cameroonian soil on December 29.

An early arrival due to their upcoming participation in the mini CHAN tournament organized by the Cameroonian Football Federation to fine-tune team preparations.

This tournament will begin January 1st through to the 8th with the participation of Cameroon, Niger, Zambia and Uganda — whose players ready themselves in Yaoundé as they clearly came to win.

Tony Mawetche, a midfielder on the Ugandan team, is pumped to perform.

"The group feels good, we train perfectly and the spirit of the group at the moment is focused on winning, we are here to win and go home with the trophy. But otherwise, it feels good to finally be in Cameroon."

Uganda is in Pool C which will play in Douala at the Bepanda Omnisport Stadium and includes big competition like Morocco, Togo and Rwanda.

The team's coach Johnathan McKinstry is confident that the young and ambitious Ugandan players will make it to the finals.

"We are in a tight group with confrontations with countries such as Rwanda to begin with, then Morocco and Togo which represents a big challenge for us. But you know we are confident, we have a very good and solid group, they are young and promising, and the objective for us is to go and give the best of ourselves. And it will be fair to do ourselves justice by going further in this tournament."

The players have already taken their quarters in Yaounde and began training sessions in preparation for their participation in the mini CHAN tournament which will begin on January 1st.

As the Uganda Cranes continue to train for the mini-tournament, Zambia and Niger's teams are expected to arrive over the next few days to compete in this highly anticipated African Nations Championship of local players on African soil. 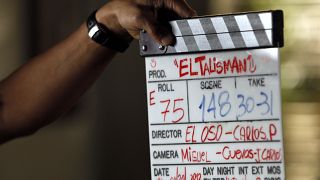