Peace in Libya on the Horizon?

The Libyan and Russian Foreign Ministers held talks on Wednesday in Moscow as they encouraged the two rival governments in Libya — who signed a permanent cease-fire in October, to end the country's years-long conflict.

"Now we should strongly encourage the two sides to enter into dialogue, and to counteract attempts of the aggressive rhetoric, and especially of the threats of restarting military action." 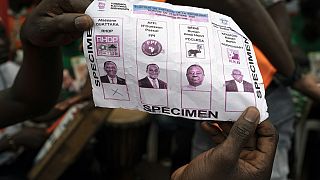