"What I appreciate about Pixar and Disney is that they're not pussyfooting around, you know. This is a remarkable, monumental character -- the first African-American character in a Disney/Pixar -- and it couldn't have come at a better time. Listen, we were out there on the front lines for marches and everything like this --this is something that we could all come together and take steps towards healing, put some smiles on people's faces’’, he said.

"Soul" follows Gardner, a middle school band teacher who hasn't lived up to his potential and has not chased his dreams. But after getting a chance to realize his big break, he suffers an accident and his soul becomes separated from his body.

"This film is written by Kemp Powers, who is a Black male, and he wrote the truth of what he knew. He was writing about what he knows, and the director, Peter Docter, and the producers and Pixar Studios were, you know, how can I say it? They were up to producing this film written by this man who wrote what he knows and the way he knows it. And I think that's what significant’’, Rashad said.

Angela Bassett agrees. "It's important, it's a first. And then to be underscored by this jazz theme, which is, you know, an art form created by Black folks. It's awesome. Pixar does it like none other. They have these great themes that talk to you, that resonate in us and for them to see the significance of this and bring 'Soul' to the screens. You know, when we talk about Black folks, it's soul music, it's soul brother. We are all about being resilient and about gifts that no matter what the times, (we) have shown through and illuminated the darkest corners."

Originally, Pixar was planning a global theatrical release this summer, but ''Soul'' will premiere on Disney+ on Christmas day due to the pandemic. 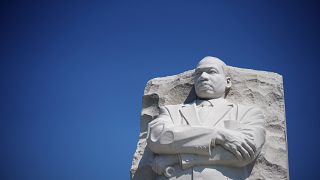