COVID-19: Morocco to import millions of doses of Sinopharm vaccine 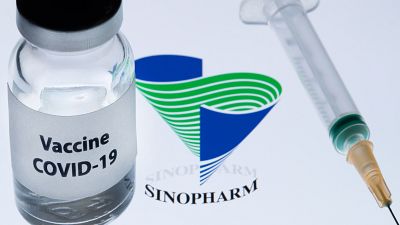 Morocco is gearing up for an ambitious COVID-19 vaccination program, aiming to vaccinate 80% of its adults in an operation starting this month that’s relying initially on a China's Sinopharm vaccine.

The first injections could come within days, a Health Ministry official told The Associated Press.

While Britain began its vaccination program Tuesday with the Pfizer-BioNTech vaccine and the U.S. and European Union are racing to approve a series of Western-made vaccines, other governments are looking to use vaccines from China and Russia.

Morocco is battling a resurgence in virus infections, with the number of recorded deaths from the virus surpassing 6,000. The North African kingdom is pinning its hopes on two vaccine candidates, one developed by China’s Sinopharm and the other by Britain’s Oxford University and AstraZeneca.

The Sinopharm vaccine has been approved for emergency use in a few countries and the company is still conducting late-stage clinical trials in 10 countries.

Morocco’s government seeks to vaccinate 80% of its adults, or 25 million people, as soon as the vaccines are approved by domestic regulators. Priority will go to medical staff and other front-line workers, as well as the elderly.

It will start with the Sinopharm vaccine, which was tested on 600 Moroccans as part of clinical trials this autumn. Morocco has ordered 10 million doses of the vaccine.

The initial deliveries will come from China, but Morocco also plans to produce the vaccine locally, Abdelhakim Yahyan, a senior official at the Ministry of Health, told the state-owned news agency MAP.

In the Moroccan trial of the Sinopharm vaccine, carried out in Casablanca and the capital Rabat from August through November, healthy volunteers received two separate doses of the vaccine. In the advanced trial, volunteers either received the vaccine or a placebo.

According to the health minister, early results have proven the vaccine to be “safe and effective” with no severe side effects reported.

Sinopharm’s shot relies on a tested technology, using a killed virus to deliver the vaccine, similar to how polio immunizations are made.

Leading Western competitors, like the vaccine made by Oxford and AstraZeneca, use newer, less-proven technology to target the coronavirus’ spike protein.