The warning sparked fears of a widening political crisis in the perennially restive country, grappling with insurgency in the east and a badly fractured parliament.

Tshisekedi on Sunday said he planned to form a new coalition government and warned he might be forced to dissolve parliament and hold fresh elections if he was unable to do so.

"The present majority has crumbled and a new majority is required," he said, adding that if he failed to set up a new coalition, fresh elections would be the solution "using the constitutional prerogatives that have been invested in me to come back to you, a sovereign people, and ask for a majority".

The announcement sparked violent scenes in parliament on Monday, with sources close to the assembly's pro-Kabila speaker charging that lawmakers of Tshisekedi's party were destroying desks.

Video footage showing individuals overturning desks went viral on social media. An AFP journalist said all the furniture on the podium was wrecked.

Tshisekedi took over from Kabila in January 2019, in the Democratic Republic of Congo's first peaceful transition since independence from Belgium in 1960.

But the president's room for implementing much-trumpeted reforms was hampered by the need to forge a coalition with the pro-Kabila Common Front for the Congo (FCC), which has more than 300 seats in the 500-member parliament.

It said it would ask Kabila to give "his version of events", and asked the "people to remain mobilised against an attempt to hijack its will freely expressed in the ballot box."

Kabila ruled the DRC for 18 years until he stepped down after long-delayed elections in December 2018.

He retains considerable clout through political allies and officers he appointed to the armed forces, and is also a senator for life.

Last month, he embarked on three weeks of consultations with various parties and political figures, seeking "the sacred union of the nation", in his office's words. 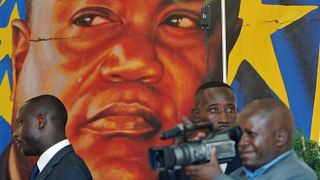 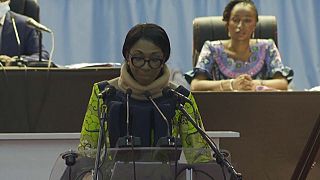 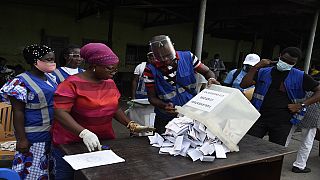