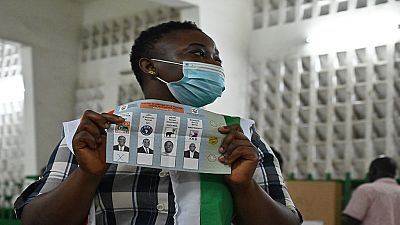 Elections generally have become a key fixture on the African news calendar and the year 2020 was no different.

West Africa has undertaken a number of key presidential votes that seen incumbents being retained – some under very tense circumstances. Two other polls are awaited in the region – Ghana and Niger; December 7 and 27 respectively.

As part of our 2020 review, we look back at some of the major elections that took place in the region. The review metrics shall be the significance of the vote, the main candidates, major issues, the final outcome and the poll aftermath.

The piece is the concluding part of our election review and focuses on polls in Guinea, Ivory Coast, Burkina Faso and Togo.

Togo held Africa’s first presidential vote in February, just in time before the disruption of COVID-19 which forced other countries to postpone or consider postponing their elections.

The February 22 poll was the first since constitutional reforms capped the presidential term limits. The new legislation means that incumbent Faure Gnassingbe could run for two more terms (2020 – 2030).

Two days after the vote, he was declared winner of the vote at a time opposition said it was contesting the process and outcome. The elections body announced that the president had won 72 percent of the vote in the first round.

The body added that main contender and former Prime Minister, Agbeyome Kodjo, came in second with just 18 percent of votes. The president was subsequently sworn into office at a social distanced event in the capital Lome.

At the end of the vote, President Alpha Conde was declared winner with 59.49% of the vote, defeating his main rival Cellou Diallo. Diallo received 33.50% of the vote, the electoral commission said. Voter turnout was almost 80%.

Political tensions in the West African nation turned violent after Diallo claimed victory ahead of the official results. Celebrations by his supporters were suppressed when security forces fired tear gas to disperse them.

Ouattara pushes ahead with third term

Ivorian president Alassane Ouattara was on his way out of the presidency until his Prime Minister and candidate of the ruling party Amadou Gon Coulibaly died.

Then the president reversed his quit promise. The consequence of which was an opposition mobilization against his candidature. Clashes with security forces did little to deter Ouattara who had been cleared with three others to run in the October 31 poll.

Days to the vote, main opposition candidates ex-president Henri Konan Bedie and ex-prime minister Pascal Affi N’guessan announced a boycott of the vote. Ouattara pressed ahead despite the clashes and boycott.

Expectedly, he emerged winner of the vote with over 94 percent of votes cast. Turnout was put at 53.9%. The voter population is at six million plus."Considering that Mr. Alassane Ouattara received 3,031,483 votes, thus achieving a score of 94.27%, above the absolute majority required, it is therefore appropriate to proclaim him elected, in the first round, President of the Republic of Ivory Coast, following the ballot of Saturday, October 31, 2020." Mamadou Kone, president of the Constitutional Court affirmed.

Three other polls are slated for this month. Ghana will conduct general elections on December 7 whiles Niger holds presidential polls on the 27 th . Central African Republic will also hold presidential and legislative polls on the same day as Niger. 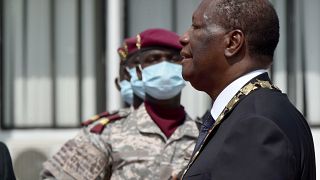 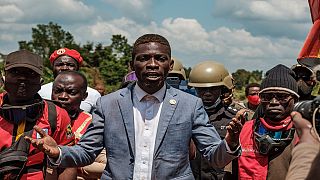