Another weekend for the football enthusiasts as various European teams scrambled it out in their respective leagues for the top spot positions.

In Germany, the 23-year-old Jean-Philippe Mateta got his first hat-trick for the season as Mainz sunk their counterparts Freiburg 3 goals to 1.

The French striker registered his first goal in the second minute, grabbed a second goal in the 34th, and his third in the 40th.

Meanwhile Koln remain winless after a 2-1 defeat by the Union Berlin. Nigerian forward Taiwo Awoniyi scored the opener for the Berlins.

In Netherlands, Ajax thrashed Heracles Almelo 5-0. Burkina Lassina Traore scored the opener in the sixth minute as the Moroccan Zakaria Labyad put the Amste rdammers firmly in control by half-time after securing a goal in the 36th minute.

He later affirmed his presence in the 77th minute to close the chapter sending Ajax at the top of the table with 24 points. Zakari;s first goal came from a quick corner and the midfielder landed a superb goal from a fast turning header.

However, Labyad and midfielder Davy Klaassen picked injuries and questions linger on whether they will be fit for the Wednesday Champion's league against FC Midtylland.

In Italy, a dramatic weekend for AC Milan's Franck Kessie. The Ivorian midfielder seemed to have lost a tooth after a challenge from Matteo Politano of Napoli.

The Ivory Coast international collapsed and briefly went off for treatment, but soon returned to complete the match.

This was Kessie’s 148th appearance for AC Milan and surpassed George Weah's record for the club's most capped African player. 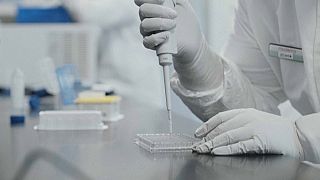