Optimism is flowing through Europe as the two most promising vaccines may be ready by the end of the year. Pfizer, associated to the German BioNTech, and Moderna are the two companies in a race to get the authorities' approval first.

While the speed of this competition worries some analysts, there's great hope as well.

"If we do this in dialogue with the authorities then there is a chance that we can receive approval from the US or Europe or both regions this year still. It's also possible that we may even start delivering the vaccine in December. But for that everyone really needs to work together very closely and intensively", said BioNTech CEO, Uğur Şahin.

European authorities are getting ready to agree to a purchase of the vaccines on the market. Brussels also mentions the end of the year.

"EMA (European Medicines Agency) tells us that conditional marketing authorisation, so this is the very very first step to be able to go on the market for BioNTech and Moderna, could happen as early as the second half of December, if all proceeds now without any problem", she said.

Hit hard by the tourism crisis, airlines turned into cargo businesses. And as the vaccine arrives, companies like Lufthansa are positioning themselves to ferry the drugs.

The German airline says it's more than ready to transport it worldwide. Hungary is one country in Europe that already has a vaccine.

It bought the Russian version that hasn't passed clinical trials and didn't get the approval of the European Medicines Agency.

Budapest is the only European place to have bought it, although initially only ten doses.

Moscow registered the vaccine in August and recently claimed that it has effectiveness of over 92%. 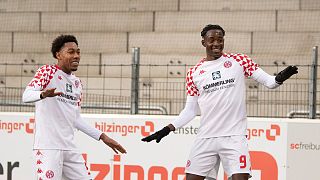 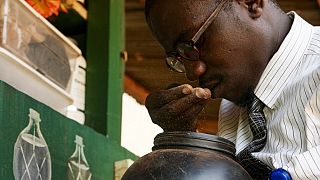