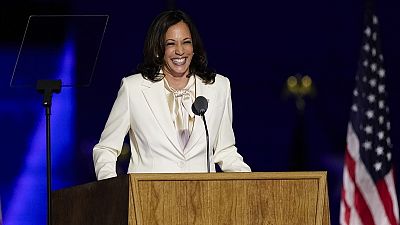 Amid numerous speculations around African-US relations and questions about how the energy and approach towards the African continent could shift under a newly-victorious Biden-Harris administration, it appears that the United States Vice-President-elect, Kamala Harris, chose to kick things off on a positive and hopeful note.

Upon her election win announcement on November 7 as the first-ever woman, woman of African descent and also woman of Asian descent to occupy the prestigious position of Vice-President in the history of the United States, Kamala Harris gave an inspirational speech in which she made a point to highlight the collective efforts of black women - many times at the start and often at the heart, of every social justice movement.

The accomplished and history-making politician of both Jamaican and Indian heritage also gave special mention to female immigrants and the work they put in to make something positive of themselves and their communities.

A heartfelt message that echoes a historical pattern that can be seen throughout the years amongst women of African descent — in the Diaspora and naturally, on the African continent.

African women continent-wide and in the Diaspora felt inspired by Harris' impassioned speech as many took as a reminder to keep lifting their black female voices within their communities worldwide.

Former African development consultant of a South African and Zimbabwean cultural background, QONDI, appeared even more impassioned for social change within her tweet.

While another Twitter user of African descent expressed her elation at what this win could mean for so many Afro women worldwide who see themselves in VP-Elect Harris as a black woman whose success was born of an immigrant experience.

Past and Future Female African Leaders

Although the Western media often disproportionately pays attention to the various expressions of Patriarchy in African countries — a phenomenon that is also very much prevalent the world over, the African continent is home to the world’s oldest expressions of empowered women.

African history sees female heads of ancient kingdoms with more recent examples being Angola's Queen Ana Nzinga in the 16th century, the Dahomey Kingdom female warriors in the 17th that inspired the globally-successful movie 'Black Panther,' Ghana's Queen Yaa Asantewaa in the 1920s and even feminist movements such as the Aba Women's Riot by Igbo women in Nigeria in the 1920swhose activism would be both current and true even today.

Even as such, US VP-Elect Harris' win in the US, a country which many people on the continent still view — interestingly enough, as a model of modern democracy, could perhaps further inspire even more African women and girls to live out their political aspirations towards the betterment of their communities. 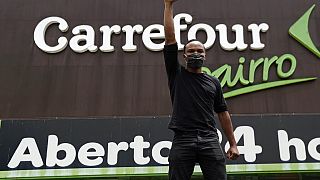