The capital city of Burkina Faso was relaxed on Friday as voters await to perform their civic responsibility on Sunday. They will decide between President Roch Marc Christian Kaboré and an opposition that hopes one of its candidate will make it to round 2.

"Really, the campaign as a whole, it was unprecedented. If I may say so, it's the first time we've seen that there was fair play. We felt there was fair play. It wasn't tense. Even the politicians among themselves, the atmosphere was really calm", Ouagadougou resident, Souleyman Ouedraogo said.

Tarpilga said it is important for residents to vote on Sunday if they yearn for change.

One-fifth of the country’s territory would be disenfranchised due to insecurity largely caused by jihadist attacks.

The situation has dominated the campaign and voting will take place under heavy surveillance.

A professor of political science, Drissa Traore has said because the opposition failed to rally behind a single candidate as in 2015, President Kaboré hopes to garner over 50 percent of votes to avoid a run-off vote. 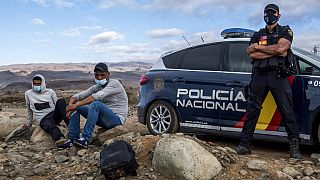