Tunisia has announced its new government - for the second time in six months.

The country's prime minister-designate, Hichem Mechichi, has formed his cabinet.

He has said that he wanted a team dominated by independent technocrats, to "present urgent solutions" to the country's economy, which was already struggling before the coronavirus pandemic hit.

The parliament must now approve the nominations, but factions such as the powerful Islamist party Ennahda have been angered by Mechichi's decision not to consult them first.

"We will try to ensure that this government interacts directly with all components of the political spectrum as well as with political parties for the benefit of Tunisian citizens," Hichem Mechichi said.

Parties are split between wishing for a more political government that would reflect the house, and needing to approve a cabinet instead of dragging the country into disruptive early elections.

Mechichi, who is 46, previously served as Interior minister.

He is the third Tunisian head of government since the elections last October, which resulted in a deeply divided parliament. 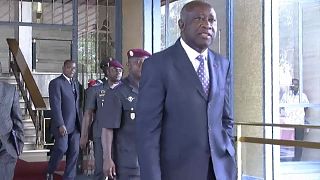