Maiduguri was hit yet another time by terror on Thursday night.

Jihadi terrorists attacked the town of Maiduguri in the North East of Nigeria, as locals were preparing celebrations of the Muslim festival Eid al-Aldha.

According to emergency services, 3 rockets were shot from the city's outskirts, leaving 4 dead and 3 wounded. So far the attack has not been claimed.

"It is certainly the handiwork of the 'terrorists' who are bent on disrupting Eid festivities tomorrow," said Ibrahim Liman, an official with one of the civilian militias which back up the military in the fight against the jihadis.

Borno State Capital Maiduguri is no stranger to attacks from jihadis.

No longer than 24 hours before this last attack, the convoy of Borno State's Governor Babagana Zulum, was hit by machine gun fire. The Governor wasn't hit, but the firefight left 15 injured.

The North East region is home of Boko Haram, where the group was created in 2009. The organisation has since spread to neighbouring Cameroon and Chad. In 2016, fighters of the Islamic State West Africa Province (ISWAP) faction split from the main Boko Haram group, and have since become a dominant force. in the region.

Over the past decade, violence instigated by the group has caused killed over 36,000 people and displaced more than 2 million. 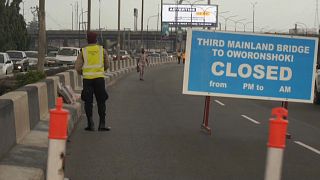