Mecca, the holy city in Saudi Arabia, the designation of the Hajj, one of the five pillars of Islam and a must for able-bodied Muslims at least once in their lifetime where a series of religious rites are completed over a five-day period.

Typically one of the world's largest religious gatherings, Muslim pilgrims — who began the ritual on Wednesday, can expect a much dramatically downsized gathering.

As the Saudi hosts strive to prevent a coronavirus outbreak during the five-day pilgrimage, only up to 10,000 people already residing in the kingdom will participate — a tiny fraction of the 2.5 million pilgrims from around the world that attended last year. According to Saudi authorities, non-Saudi residents of the kingdom from around 160 countries competed in the online selection process. Apparently, 70% of these foreign residents make up the total selected while the rest are Saudi citizens.

The Hajj ministry has fielded a deluge of anguished queries on Twitter from disappointed applicants who did not make the cut. Many have complained that the government-run lottery was not clearly outlined and that no clear reason was given for their non-admittance. In response, the Hajj ministry insisted the process was transparent and expressed to the Saudi-owned Al-Arabiya television that "health determinants" formed the basis of selection.

Those selected to partake were subject to temperature checks and placed in quarantine as they began trickling into Mecca over the weekend. The Kaaba will be off-limits this year as all will also be required to wear masks and observe social distancing within the city and its surrounding areas in western Saudi Arabia.

There have also been reports of multiple health facilities, mobile clinics and ambulances being set up to cater to the pilgrims to cater to participants. The Hajj, usually a huge global media event, has barred all foreign press as the Saudi government tightens access to Mecca to assure a virus-free experience.

A Safer Hajj in Times of COVID-19?

Many pilgrims consider it safer to participate in this year's ritual without the usual colossal crowds cramming into tiny religious sites, which make it a logistical nightmare and a health hazard. As even in a regular year, the hajj leaves pilgrims exposed to a host of illnesses.

Some analysts believe that the scaling back of the pilgrimage by the government could deepen the kingdom's economic slump. Saudi Arabia is already facing a sharp downturn in oil prices due to a collapse in global demand driven by national lockdowns, which triggered austerity measures — including the tripling of a value-added tax and cuts to civil servants' allowances.

The virus has also battered pilgrimage-reliant businesses that support hundreds of thousands of jobs in Mecca, from travel agents to street barbers and souvenir shops. The Hajj and the year-round umrah pilgrimages together rake in some $12 billion annually. 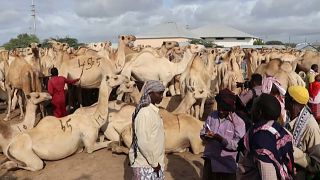 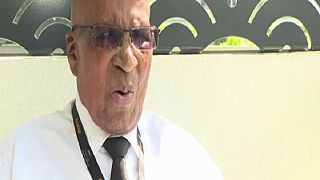