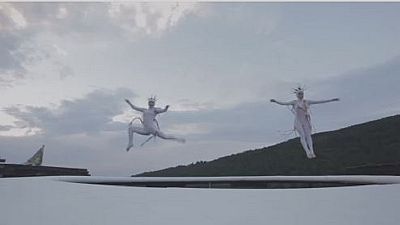 Theatre directors the world over are getting creative by staging open-air, socially distanced performances.

On Lake Pancharevo near Sofia, Bulgaria, the stage is literally set for one of such performances.

“The reason for this was the then approaching 200th anniversary of Wagner’s birth. So, in 2009, when I came up with this project we had four years to do the whole “Ring of the Nibelung” – tetralogy which consists of an introduction – prologue “Rhein Gold” and the other three: “The Valkyrie”, “Siegfried”, and “Twilight of the Gods.” We had enough time to take part in this spectacular celebration of the 200th anniversary of the composer. The first task was to find the best line-up, but only Bulgarian artists,” Plamen Kartalov, Director of Sofia Opera said.

I came up with the open-air festival on Lake Pancharevo - on this special floating stage we decided to play ballet performances related to themes like lake and water.

Kartalov says the staging of Das Rheingold in this unusual way is attracting new audiences to opera in Bulgaria.

“The interesting thing is that this quarantine, we were forced to undergo and all the threats that we should keep our health first, and then to think about everything else, the questions arose in me when this is over and we go back to work, what will our artists do till then? I came up with the open-air festival on Lake Pancharevo – on this special floating stage we decided to play ballet performances related to themes like lake and water – ‘Swan Lake’ and ‘Zorba the Greek’, where the action takes place on an island – Crete. But it is impossible not to put the opera show “Rhine gold” on that stage as well. The river “Iskar”, which comes into Lake Pancharevo, turns into the Rhine River. Our Rhine daughters are extracting gold from the Rhine – you know the story”, he added.

The orchestra perform the two-and-a-half-hour set off stage in a rain-protected pavilion. More lake performances directed by Kartalov, including Mama Mia, are set to run until 2 August. 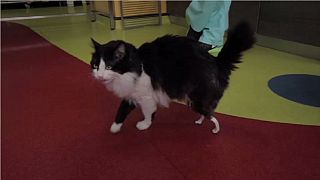