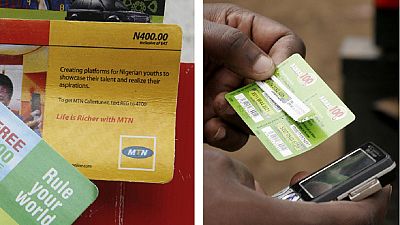 Twelve telecom companies have thrown their hat into the race to enter the Ethiopian market according to the country’s communications regulator. The bidders range from top players across the continent and a number of global players.

The disclosure of bidders is the first stage in liberalization process of the market which is currently occupied by the state monopoly Ethio Telecom. In the end, only two licences will be granted.

In a statement, the Ethiopia Communications Authority (ECA) said that of the 12 submissions, nine were from telecoms operators, two were from non-telecoms companies and one was incomplete.

The ECA now has to assess the companies to find the “operators that would fit best into the Ethiopian market.” “This is the initial stage. We will soon have… the second stage,” ECA head Balch Reba is quoted by Reuters news agency as saying.

Phone and internet business in Africa’s second most populous nation, with an estimated 109 million people, rests on Ethio Telecom. According to the World Bank, the decision to liberalize could transform the market and boost the number of mobile subscribers, which stood at 37 million in 2017.

After years of monopoly, Ethiopia took giant steps in moves to liberalize its telecommunications sector. Opening the market of Africa’s second most populous nation will mean ending over two decades of state monopoly via the Ethio Telecom – the government-owned sole operator.

The Ethiopian Communications Authority (ECA) has given companies until June 22 to submit their applications for the licenses.

Among the potential investors are the French company Orange and telecommunications giants Safaricom of Kenya and MTN of South Africa.

The keenly awaited new era for the subscribers of Ethio Telecom suggests significant spin-offs. They hope that the competition will improve the quality of the services offered.

Sisya Alebachew, a delivery man underscores the importance of competition: “For a company like ours, telecoms is crucial, and this is the most difficult challenge we have to face.

“I have heard that many countries have a better connection than us. Where there is more than one telecommunications company, they will compete, so I hope the situation improves when others join the market.”

“Many of our customers come here to work and every time there is a power outage they get frustrated. They complain when there is no connection all day. Some of them come back even more here,” a coffee supervisor Meheret Eyob also said.