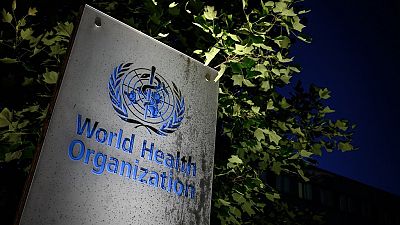 Equatorial Guinea joins Burundi in the league of countries that have asked World Health Organization, WHO, country representatives to leave.

The AFP news agency reported the development citing a document from the foreign ministry and a source at the UN health agency The order to leave is allied to COVID-19 statistics.

Representative Triphonie Nkurunziza is accused of “falsifying” the country’s tally of coronavirus cases. Dr Nkurunziza however remains in Malabo for now because there are no outbound flights.

AFP quotes a source at the UN office in the capital, Malabo, as saying: “The government has asked her to go, we have received a document – she is accused of falsifying COVID-19 figures”.

Statistics by John Hopkins University valid as of June 3, 13:00 GMT

May 15: Burundi sacks WHO rep ahead of polls

Burundi in mid-May 2020 sacked the World Health Organization’s top official in the country just days before the May 22 presidential election and after the WHO raised concerns about crowded political rallies.

A foreign ministry letter seen by The Associated Press says the WHO representative to Burundi, Walter Kazadi Mulombo, has been declared persona non grata and must leave the East African nation by Friday. The letter also sacked three WHO experts.

The letter gives no explanation for the expulsions at the time. The WHO Africa regional chief, Matshidiso Moeti, described Mulombo as an “extremely competent person” and said the WHO was communicating with Burundi “to clarify and understand the reasoning for the decision they have taken.”

The day that election campaigning in Burundi began late last month, images circulated online of crowded political rallies with President Pierre Nkurunziza in attendance. Moeti messaged the head of the Africa Centers for Disease Control and Prevention about it, the Africa CDC chief has said.

The Africa CDC chief, John Nkengasong, on Thursday called Burundi’s action “unfortunate” and said any differences should be addressed by dialogue instead of actions that affect the pandemic response,

“We don’t have the luxury of kicking out the WHO,” he told reporters. “This war has to be won in a coordinated fashion, and coordination is key. We’re in dire need of expertise. … We encourage countries to do the right thing .”