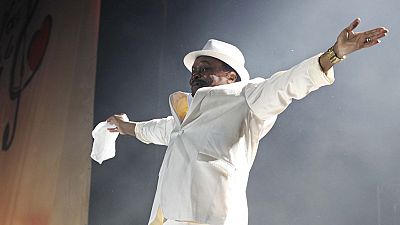 Guinean traditional music icon Mory Kante has died, President Alpha Conde confirmed in a tweet of May 22. Conde described the death as a loss for African culture. He added that Mory had led an exceptional, exemplary life which was a source of pride.

AFP reports that his son confirmed the death took place in Conakry. He died aged 70. He is reputed as legendary vocalist and instrumentalist – very passionate especially with the kora – a West African harp. He is one of the first African musicians ever to sell over a million copies with his hit track “Yeke Yeke” in the 1980s.

Social media has been flooded with tributes for his contribution to African music. The Malian presidency said in a social media post that: “President Ibrahim Boubacar Keita salutes an accomplished artist and a symbol of integration between the peoples of Guinea and Mali.

“He offers his deepest condolences to the family and loved ones of the deceased as well as to President Alpha Condé,” the statement added.

It has been a particularly hard last five months for African music with Kante’s death following that of Congo Republic’s Arlus Mabele and Cameroon’s Manu Dibango – both men died of coronavirus pandemic in Paris according to reports.

Ahmed Ismail Hussein Hudeydi known as the father of modern Somali music also succumbed to the virus in the United Kingdom.

Kante brought Guinean, and Mandingo, culture to the world. He was called an ambassador of Afro-Pop music. His song “Yeke Yeke,” released in the late ’80s, has been remixed and covered extensively.

Balla said his father had not been feeling well for quite some time and died in a hospital in the capital, Conakry. He will be tested for COVID-19, his son confirmed. “He was an elderly man who did a lot and exerted a lot of physical energy,” Balla said.

Born on March 29, 1950 in Albadarya, a small town near Kissidougou in Guinea’s southeast, Kante became known as a distinguished kora player.

He was a member of the Rail Band, formed out of Bamako, Mali, which launched the solo careers of many other musicians including Salif Keita. Kante’s first international album, “Kourougnègnè,” was released in 1981 and the last one, “La Guinéenne,” in 2012. 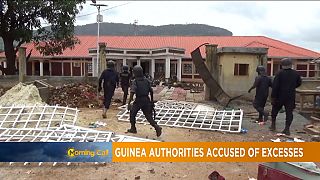